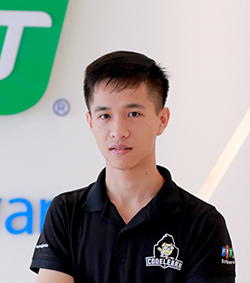 The complete C++ Programing Course for Beginners, this course teaches you the fundamentals of a programing language. After completed, you will be able to move from the basics to more advanced course.

To help you see the impact of the C++ programming language. Let's take a look at big tech companies using C++. C++ is a good choice for developing 3D gaming platforms. Allows optimizing the management of resources and smooth in multi-player platform on the same network - multi-player. C++ allows deep intervention into the CPU and hardware. That is also an important factor in the development of game engines. Speed ​​and reliability are a must for web browsers. C++ will then be the preferred language to use. A part of the Google chrome browser and some open source web browsers such as Moliza Firefox, the Mozilla Thunderbird email application has the contribution of the C++ language. C++ is an integral part of many popular operating systems such as Apple OSX and MS Windows.

C++ is often used in large enterprise applications. Where performance and speed are always at the forefront.

What will students get in the course: